Nominated for New Male Vocalist by the Academy of Country Music and Voted CMT’s Breakthrough Artist of the Year in 2002, Chris Cagle will perform live on Friday, October 7, 2022 in the L'Auberge Event Center.

While in Nashville, the struggling artist held down several jobs, Nanny, Waiter, Prep Chef, Golf Caddy, and scored a publishing deal with Caliber Music. He had his first song cut by David Kersh, “I Breathe In, I Breathe Out” within 8 months of signing his deal but wanted more. He wanted to be an Artist

That dream came true in 2000 when he signed to Virgin Records. Cagle co/wrote and co/produced his debut Gold Record, “Play It Loud”, which produced a top 10 single, “My Love Goes On & On”, a top 5 single “Laredo”, and Cagle’s only Number 1 single, “I Breathe In, I Breathe Out”.

His self Titled Sophomore project Debuted at Number 1 on the Billboard charts and is Certified Gold, as well, yielding two top 5 offerings, “What A Beautiful Day” and “Chicks Dig It”.

Cagle penned more Albums that brought more success with hits like “Miss Me Baby”, What Kinda Gone”, “Got My Country On”, “Let There Be Cowgirls” and “Country By The Grace Of God”.

Nominated for New Male Vocalist by the Academy of Country Music, and Voted CMT’s Breakthrough Artist of the Year in 2002, it was the stage where Cagle has always shined the brightest. His passion for the performance of music is a rare find and this Artist isn’t afraid of giving everything he has to his fans.

Get ready to sing along with Chris Cagle on Friday, October 7 in the Event Center. Tickets start at $20 and can be purchased on Ticketmaster.com, all Ticketmaster outlets and at Sundries Gift Shop at L'Auberge Baton Rouge. The show is reserved seating only. Doors open at 7 p.m. 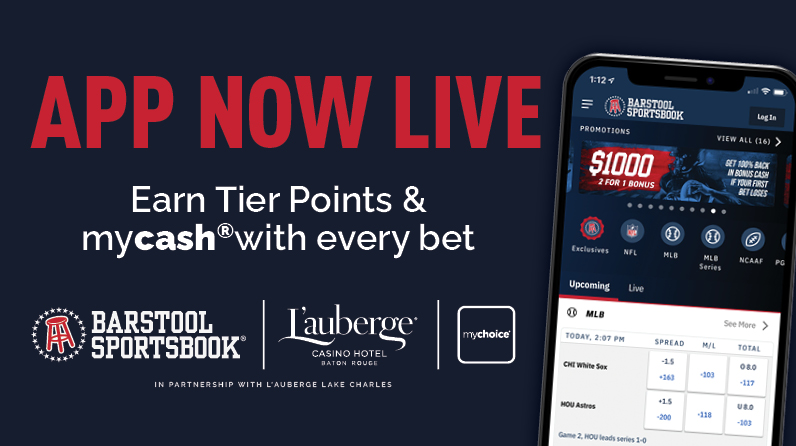